React vs. Angular vs. Vue: The Complete Comparison

One of the most important questions for any business willing to develop an application is, “which front-end technology (client-side) should we choose?” With so many options for JavaScript frameworks available, your app development team needs to be cautious about their choice.

This article will examine the positives and negatives of React, Angular, and Vue and situations in which each is optimal to use.

Angular is an open source, frontend web app framework by Google that has a Model-View-Controller (MVC) architecture and makes development, maintenance, and testing easier for developers. It’s great for building highly active and interactive web applications, but it is most popular for Single page applications.

You may also like: Everything React: Tutorials for Beginners and Experts Alike.

Introduced by Facebook, React is an open source JavaScript library for building interactive, stateful, and reusable user interfaces (UI). It is good for rendering complex UI with high performances. It also works with the basic fundamental of virtual Document Object Model (DOM) to offer a highly stable web application.

Vue is a progressive JavaScript framework for building user interfaces. Vue is designed from the ground up to be incrementally adoptable. It comes with various optional tools for building user interfaces. Vue has a high capability of backing sophisticated Single-Page Applications when used in combination with modern tooling and supporting libraries.

Well, if you see the analytics snapshot of Google trends, Angular was very popular until 2016, but from 2017 on, searches for React are steadily growing. 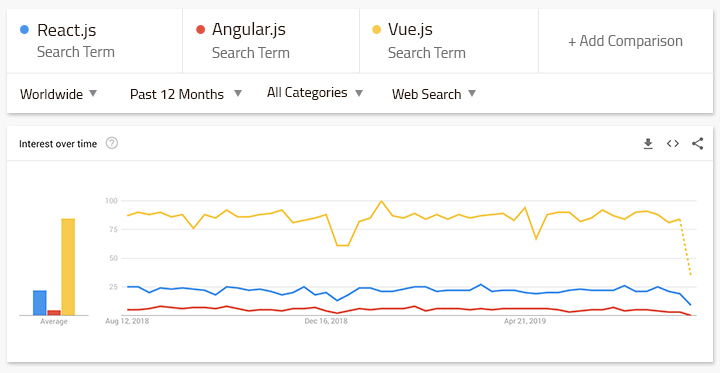 The Stackoverflow also shows the popularity of tags. Between “AngularJS,” “ReactJS,” and “VueJS” and popularity of React is clear. 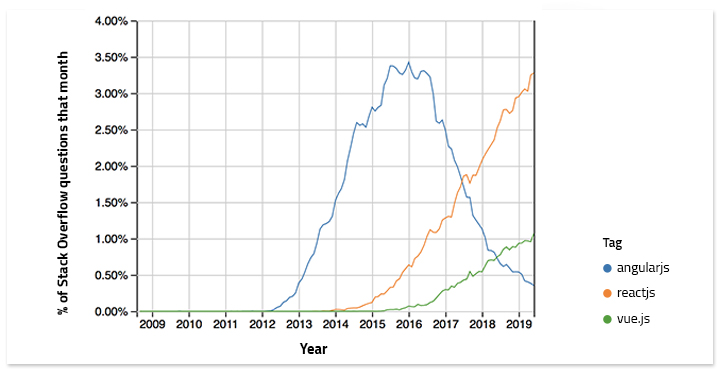 With every new update, React, Angular, and Vue come with new features that further offer reliability and stability to the web apps.

Difference Between Angular, React, and Vue 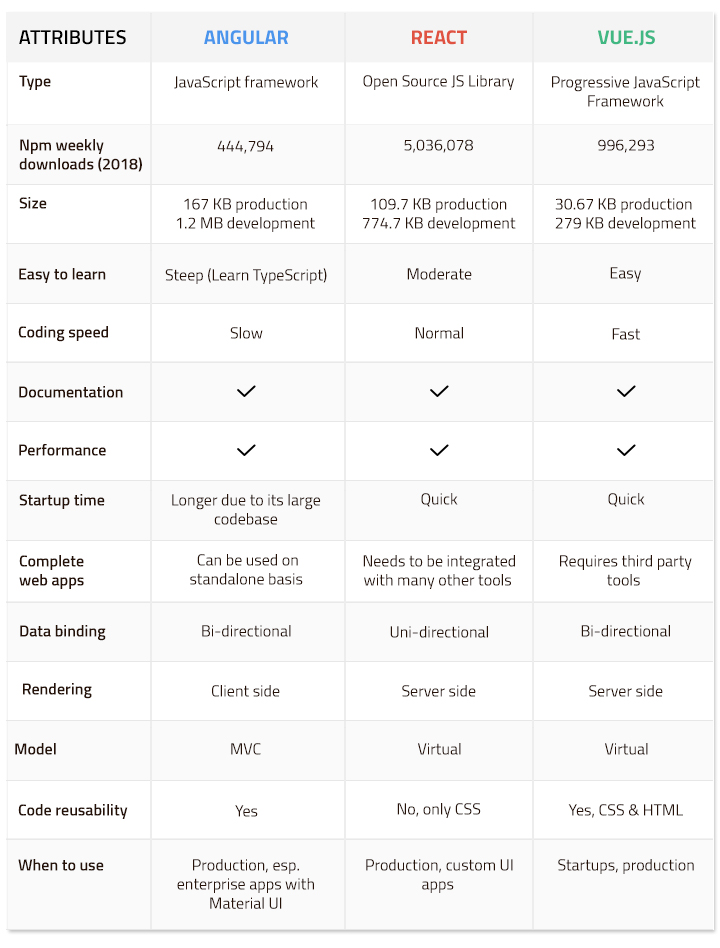 Differences between Angular, React, and Vue 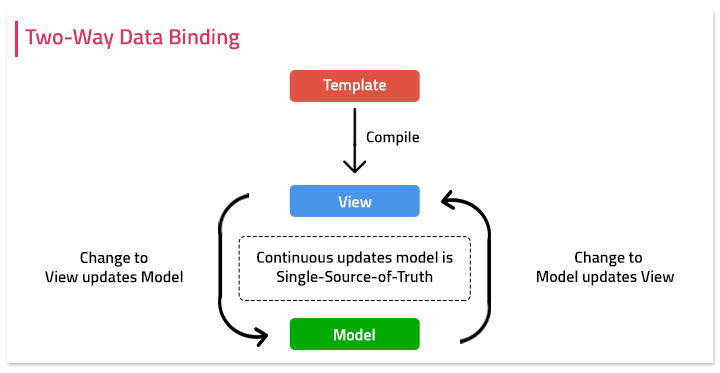 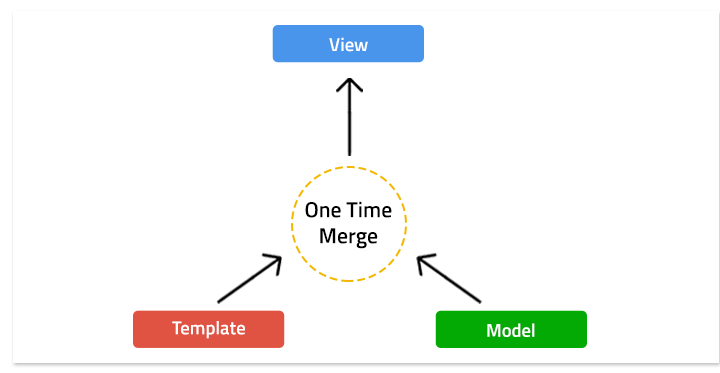 Finding the Right Framework for You

Performance is the most important aspect of a frontend application. HTML requires much attention from the developers. Both React and Angular take completely different approaches to update HTML that in turn affect the performance of an application.

However, considering the direct changes in DOM in the browser, Angular is best suited for Single-page applications, where the content is updated occasionally. On the other hand, React can be selected for applications of any size, which needs content update regularly (for example Instagram).

While talking about Vue.js performance, its core library is focused on the view layer only and is easy to pick up & integrate with other libraries or existing applications. Vue.js also comes with virtual DOM delivering high performance and memory allocation.

However, these three frameworks are comparatively faster than other JavaScript frameworks.

Though modification is easy with both React and Angular, the speed of your application depends on the number of libraries with the functionalities that are available to the developers. React’s architecture is easier to scale than Angular, but developing a web app in Angular is faster than React.

For rendering a relatively complex UI with some user interaction, all three frameworks are a great choice. But, if you are looking for something that you can add to your app instantly, Vue is an excellent choice. Vue makes it easy to go from prototype to product.

Angular holds all the necessary parts of a Minimum Viable Product to produce a fully functional Single-page application. If you want to regulate the size of your app and keep it small and compact, then Angular is the best choice.

On the other hand, React is a great choice for applications that you desire to expand in the future across multiple operating systems.

Vue's core library is created to be focused and flexible. As a result, Vue is great for applications of any size: single-file components, highly modular component interface, platform options with Vue CLI3, etc. So, if you are using it for a moderately complex single page or larger-scale app that includes navigation between multiple pages, it will work well.

Some popular examples of these JS frameworks

While React gives you flexibility and simplicity, Angular is a comprehensive framework. But that doesn’t help a lot when developers don’t need most of the features that Angular provides. Due to Reactjs’s implementation with a virtual DOM, it guarantees better performances than Angular.

Being a progressive framework, Vue can be combined into an existing project. It comes with a vast set of tools and companion libraries that allow the framework to respond to the complex needs of enterprise-grade applications. Also, with Vue CLI 3 and Vue UI, it is great for quickly delivering MVPs. Vue is also a cost-effective solution for small and medium applications.

How Regular People Are Breaking Into Tech From Non-Tech Jobs

Invest in Yourself by Learning a New Tech Skill

How I Generate 18,800 Visitors from Google Without SEO or Ads

Facebook is building an operating system so it can ditch Android

Our professionals are experienced and ready to take your projects. Contact us, lets hear from you. We appreciate your interest.

Most Read Articles in Blog

Security for the front-end developer

We have 193 guests and no members online